The first people in the world driving from Alaska to Argentina a 100% electric, solar powered camper van thanks to SunPower solar technology.

Where do you start to change the world with solar energy?
The answer is simple: With a 100% solar powered camper van equipped with SunPower branded flexible solar modules.

Route del Sol's journey officially began on August 28th, 2018, in the Arctic Circle on the Dalton Highway in Alaska.
Joel and his team had equipped a camper van with 24 330W Maxeon cell solar panels, which allowed him to travel using the electricity produced using SunPower solar technology as the only fuel.

Route del Sol is a project born with the aim to demonstrate that renewable energy and the love for the planet can really change the world: Joel, with the support of Galt Energy, have demonstrated the undoubtable feasibility of a transition to a more sustainable and solar powered future.

“My journey had really just begun in Alaska, when I had my first of many opportunities to describe my rig to a curious observer. My answer to this person was verbatim: “ This is a 100% solar-powered campervan.” “Fully solar-powered?” he replied with a huge smile on his face. “Yeah, 100-percent electric and 100-percent solar-powered,” I insisted. “So...There's no gasoline in there?” I’ve gotten better at answering, but at the time, I think I simply explained that it runs off of batteries charged entirely by the solar panels.” 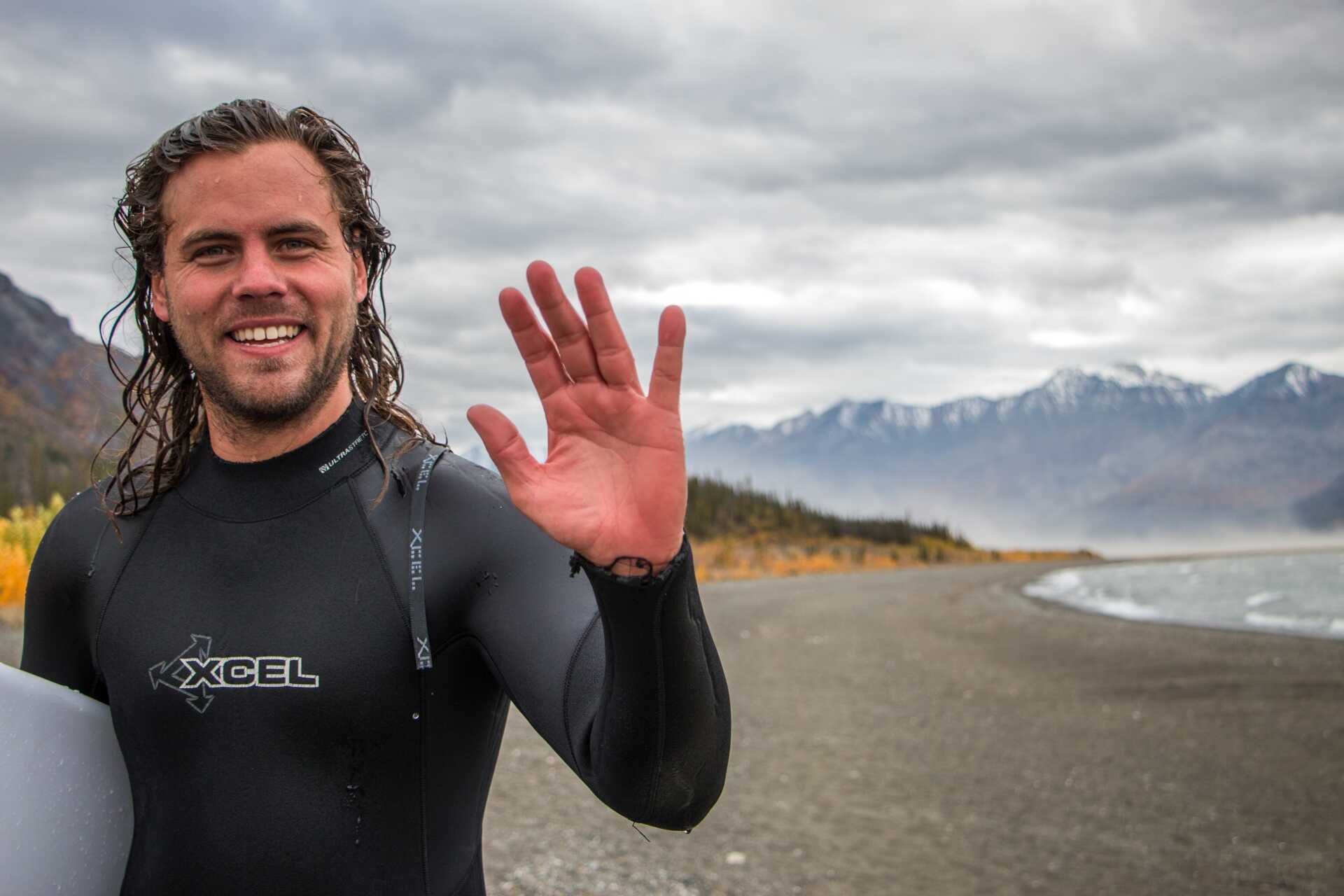 Joel chose SunPower’s technology, with which he has pushed the productivity of the chosen solar modules to their absolute limit.

Joel Gregory Hayes is the pilot, visionary and founder of Route Del Sol. With a background in science and climate change adaptation, he knows that the world is struggling to transition towards a more sustainable future, starting with solar energy.

To achieve his goal, he chose SunPower’s technology, with which he has pushed the productivity of the chosen solar modules to their absolute limit.

This was all done using in a first phase a system of 24 SunPower branded 330W solar custom panels, placed on a tilting roof to track the sun and therefore yielding a greater amount of solar energy. In the second part of the journey of Route del Sol, the solar camper van will have 70 110w SunPower made flexible solar panels.

To fully recharge the batteries of the solar camper van, it takes 20 hours of sunlight! 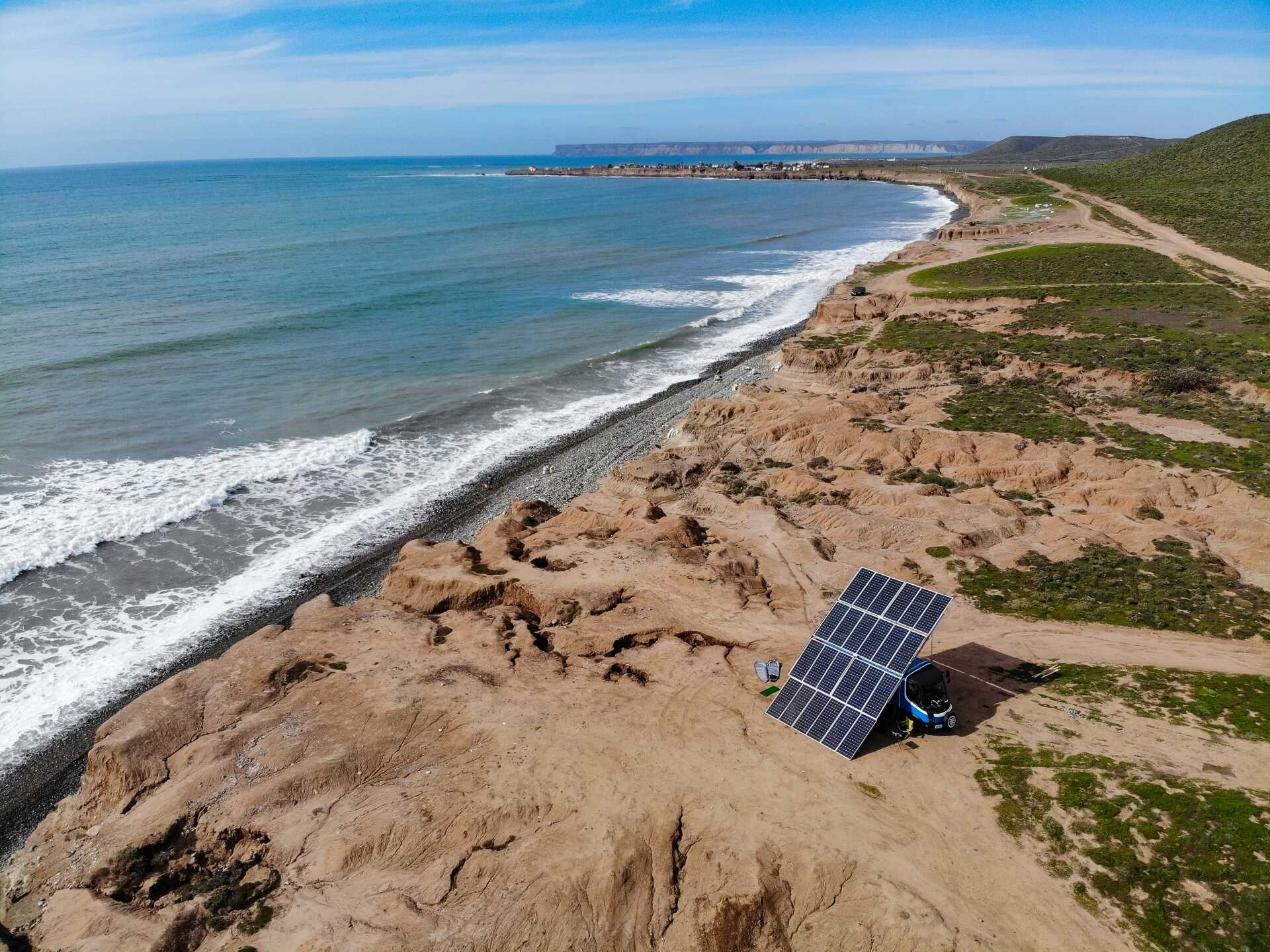 The journey allowed Joel to meet many people and to spread the revolution of solar energy and sustainable mobility.

Route Del Sol: the sustainable journey of a solar camper van
The first part of the Route del Sol took Joel through the mountains of Alaska, into the Yukon Territory and British Columbia, Canada. From there he travelled along the west coast of the United States and then finally Mexico. 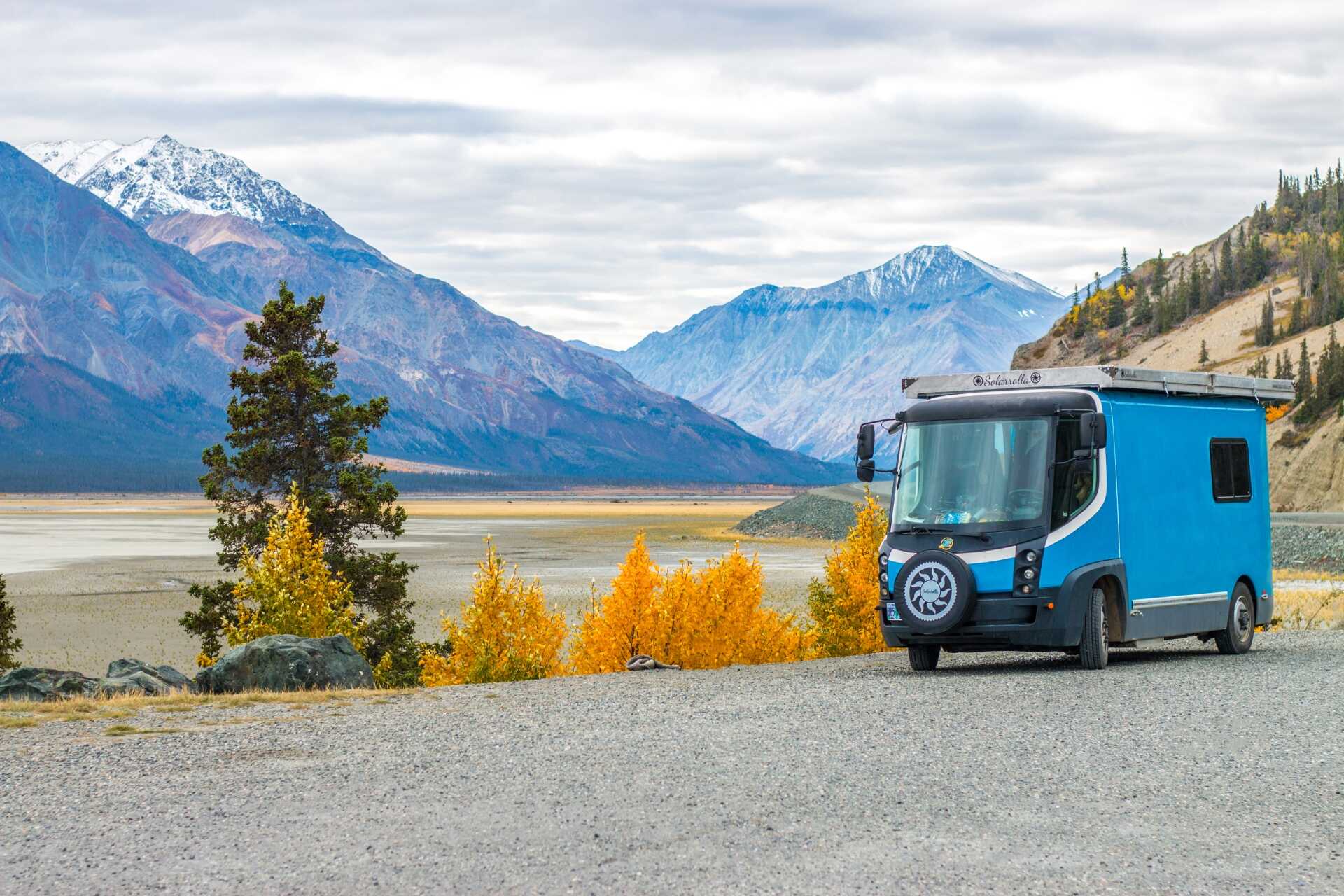 Joel will leave to complete the second section of the Route del Sol from Mexico to Argentina with the confidence and backing of SunPower solar technology and the support of Mexican partner Galt Energy.

The journey from Alaska to Mexico, which lasted for two years, allowed Joel to meet many people and to spread the revolution of solar energy and sustainable mobility, enthusiastically welcoming adventurous opportunities as well as courageously facing problems and difficulties such as the maintenance of his solar camper van.

His ability to overcome obstacles presented by life on the road was never more tested than when the van’s solar array was destroyed in a wind storm along the highway in Northern Baja California in February 2020. The vehicle was left immobilised and without its solar fuel source.

This is where the solar community stepped in to show it’s strength in unity. With Galt energy and SunPower deciding that this journey is too important to end, they offered to replace the entire original solar array with brand new state of the art SunPower 110w flexible solar modules.

In Early 2021, after repairing his solar camper van, Joel will leave to complete the second section of the Route del Sol from Mexico to Argentina, however he will be continuing with the confidence and backing of SunPower solar technology and the support of Mexican partner Galt Energy.

Stay tuned for this new chapter: we are the solar energy revolution!