Energy in the Arctic Circle: Moving from Coal to Solar

Running an Arctic Circle airport on solar energy might seem like an interesting research project. But in Svalbard, Norway, it’s mission-critical. Located midway between mainland Norway and the North Pole, the Svalbard Airport is the northernmost commercial airport in the world and a last stop for researchers going further north.

Svalbard was once used as a base by whalers who sailed far north in search of blubber. Today the islands’ industries are transitioning away from coal mining toward research and tourism.

With most of its electricity still coming from coal-fired power plants, however, this small airport generates nearly 20 percent of the carbon footprint of all airports in mainland Norway combined. For this reason, Svalbard Airport authorities wanted to reduce the amount of coal-fired electricity and transition as much as possible to solar power.

Still, the runway at Svalbard Airport is built on permafrost, and the hangar is literally frozen into the ground. For three months out of the year, the region lives in total darkness. Is this really a good place for solar?

Contrary to common sense, the answer is yes.

Solar panels produce more energy in cold weather than in hot. When the panels are SunPower’s, they work even better.

SunPower partner Power Controls AS has many years of experience installing solar in Arctic regions. The team has worked on three phases of solar for the Svalbard Airport, with a total of 40 kilowatts (kW) on the façade and roof of the airport terminal, and another 100 kW on the hangar. Together the systems have been producing upwards of 75,000 kilowatt hours (kWh) of clean electricity per year, enough to offset 10 percent of the airport’s electricity use, removing 70 metric tonnes of carbon emissions from the Arctic air per year.

The system has been overproducing, but it’s not surprising to the Power Controls team. SunPower Maxeon panels generate 35 percent more power over the first 25 years than conventional panels in the same amount of space.1 SunPower 400 W, 22.6% efficient, compared to a Conventional Panel on same-sized arrays (310 W mono PERC, 19% efficient, approx. 1.64 m²)

“Researchers from all over Europe have approached us to get statistical data from the PV system’s energy production, and everyone is taken by surprise by the fact that at this extreme latitude, the PV system produces as much as 70 percent of what is typically produced in Germany,” explains Dag Halvorsen, CEO, Power Controls.

With an electricity price on Svalbard that is three times higher than in mainland Norway, installing PV on Svalbard is a good investment with an expected average payback time of less than eight years, according to Halvorsen.

Transitioning a Fragile Ecosystem to 100% Renewables

In this fragile natural environment, the domain of polar bears and other vulnerable species, finding ways to drastically reduce carbon emissions while sustainably and affordably powering local electricity needs has become an increasingly critical concern. Coal reserves could run out as early as 2025.

In the town of Longyearbyen, three miles east of the airport, grid electricity is still powered primarily by coal, but alternatives must be found. Wind and solar work well together in the Arctic, since in the darkest winter months, wind can produce plenty of clean energy. In the summer, solar takes full advantage of the Midnight Sun – 24 hours of daylight.

A fourth phase of installing PV at the airport is planned for 2020/2021, when the total installed solar power will be quadrupled. Then the PV system will produce enough power to feed some back to the local utility grid during summer months, reducing the amount of electricity Longyearbyen needs from coal-fired plants.

Want to talk about going solar? 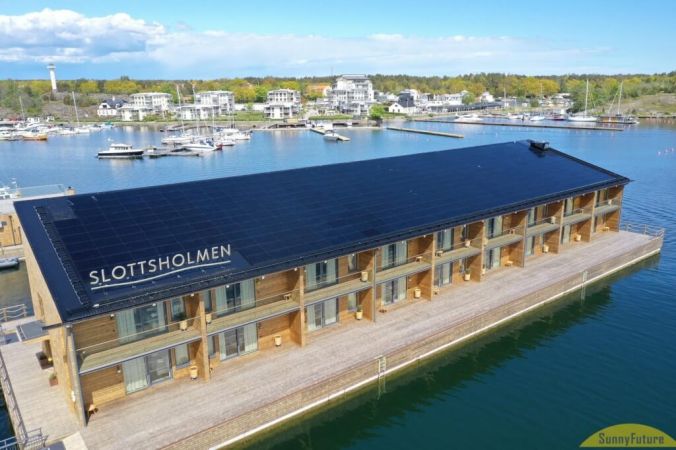 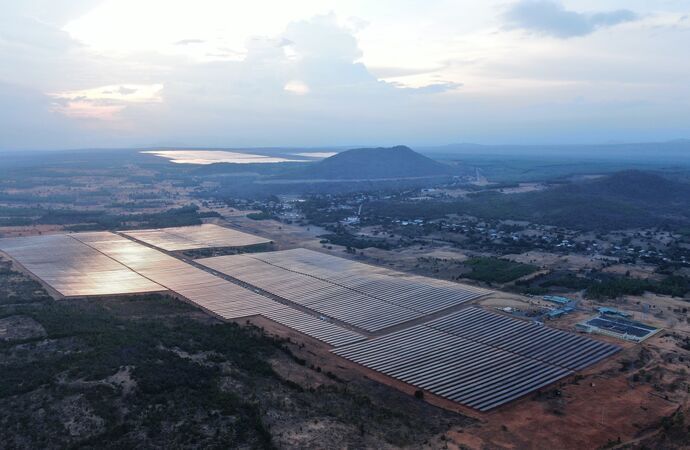