SunPower is thrilled to announce our agreement to provide Maxeon® solar technology to Lightyear, an innovative Dutch startup that is reinventing the automobile as we know it. Their revolutionary solar-powered electric car, Lightyear One, will soon give drivers unprecedented freedom, thanks to its incredible range of up to 725 km on a single charge. It’s nothing short of an engineering and design tour de force, with SunPower® Maxeon cells crafted seamlessly into the body of the car – a first for any passenger vehicle. We are honored to be named Lightyear One’s strategic solar cell supplier and a supporter of their visionary spirit. And in a sense, you might say we always have been.

In 2013, when the Lightyear founders were students at the Eindhoven University of Technology in the Netherlands, they built an experimental car powered by Maxeon solar cells to race in the World Solar Challenge. Carrying three passengers for more than 3,000 kilometers across Australia at an impressive average speed of 75 km/hr, their solar car outperformed the field and took home the grand prize. And with another first-place victory in 2015, a winning partnership with SunPower took shape.

Hoefsloot recounted an epiphany during the long, intense race across Australia. “We realized that we had built a concept car that was working, and was scalable,” he said. “We knew it was possible to build a family solar car, and we were up for the challenge.”

Around that time, CEO and Lightyear co-founder Lex Hoefsloot told a reporter, “We think it is possible to make these cars and have them in a showroom in five to 10 years, but it is a big dream and something we have to really work on.”  Of big auto-makers, Hoefsloot noted "they think it is too far-fetched.  We think otherwise, of course." Five years later, Lightyear One is in that showroom, and the team is moving on to production.

Twenty years earlier, SunPower founder Dr. Richard Swanson had a strikingly similar moment of inspiration during the very same competition. A sleek, SunPower-equipped solar car called Honda Dream dominated the 1993 World Solar Challenge, opening Swanson’s eyes to the vast potential of his new company’s technology. “It didn’t just win the competition,” said Swanson, “it beat more than 50 contenders by a full day and shattered the previous record held by General Motors. It was that one particular adventure in the hot, arid Australian Outback that first put SunPower on the map.” 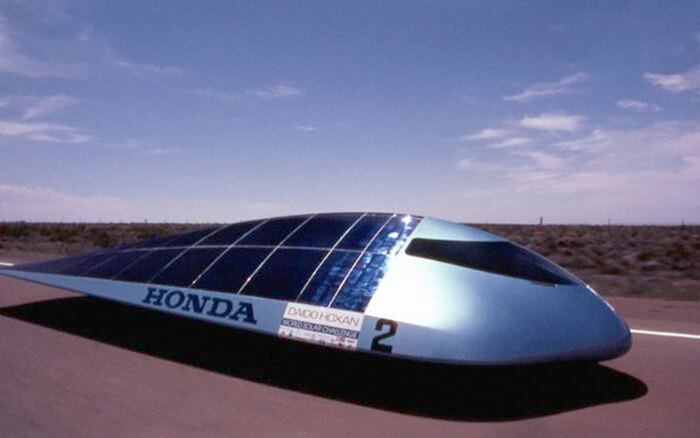 Early SunPower technology powered a record-setting performance in a 3,000 mile car race. It was a key moment for SunPower’s founder, years before the first Maxeon solar panel was produced.

Visionary moments like these are what unite all solar innovators. And while each is born to build, to strive, to compete and to win, the ultimate reward doesn’t come at the finish line of a grueling race in the desert. Rather, it comes with the realization that pushing the limits of science can indeed change the way our world is powered.

Lightyear is one of a growing number of solar trailblazers with whom SunPower is honored to partner. Our solar technology is the go-to solution for pioneers who know that other solar manufacturers simply can’t provide SunPower’s record-setting efficiency and reliability – critical factors as they work to set records of their own by land, sea and sky. 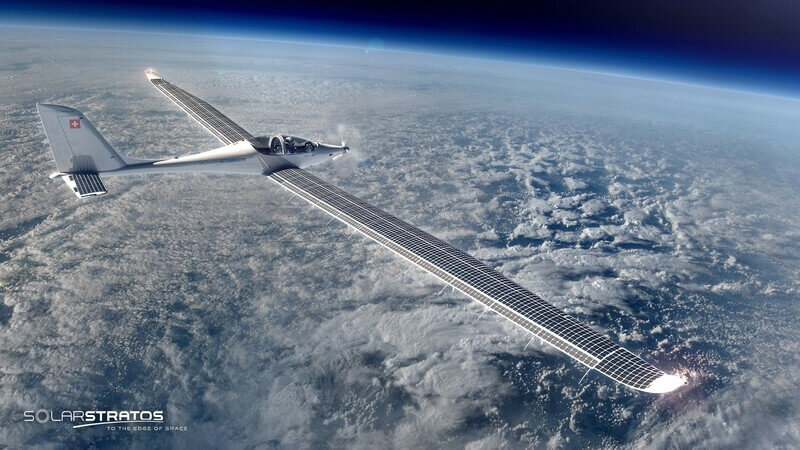 Flying at the edge of space, Raphael Domjan will be able to see the curvature of the earth. His plane is powered only by SunPower Maxeon cells.

It’s undeniable that the global adoption of clean energy will solve many of the most pressing challenges of our time. And it can’t happen soon enough. This reality is what inspires trailblazers like Lightyear and SolarStratos to work tirelessly and to take great risks for one singular purpose: showing the world what can be.

Last month, dozens of students raced their hand-built solar cars across the Australian desert in the 2019 World Solar Challenge. It’s a fitting moment to salute the incredible resolve and unflagging optimism of solar pioneers around the world. SunPower is proud to join them in accelerating the transformation to a clean energy world. 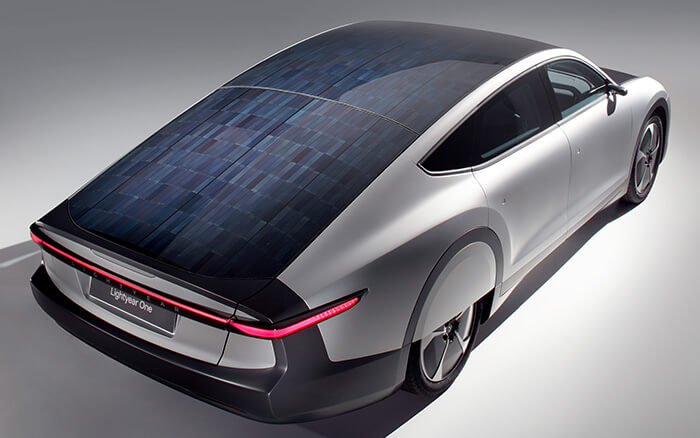