Across 35 years and more than 30 million panels, SunPower's industry-leading R&D investment1 Based on cumulative investment from 2007 through 2018. Osborne. " R&amp;D spending analysis of 21 PV manufacturers." PVTech.com 2019. has toughened our solar to perform in harsh conditions. Our work is backed by lab tests and field results. Our flagship Maxeon panels maintain their power 2-3x better than conventional panels,2 Jordan, et. al. Robust PV Degradation Methodology and Application. PVSC 2018 produce up to 34% more power in high temperature than conventional panels,3 Based on temperature coefficients provided in manufacturer datasheets 2019. and are backed by solar's strongest warranty4 Based on October, 2019 review of warranties on manufacturer websites for top 20 manufacturers per IHS 2018.  Maxeon panels also have a low return warranty rate of only 0.005%, as measured across panels built since 2013.5 "A Comparative Study: SunPower DC Solar Module Warranty Claim Rate vs. Conventional Panels." SunPower Corporation. 2019. 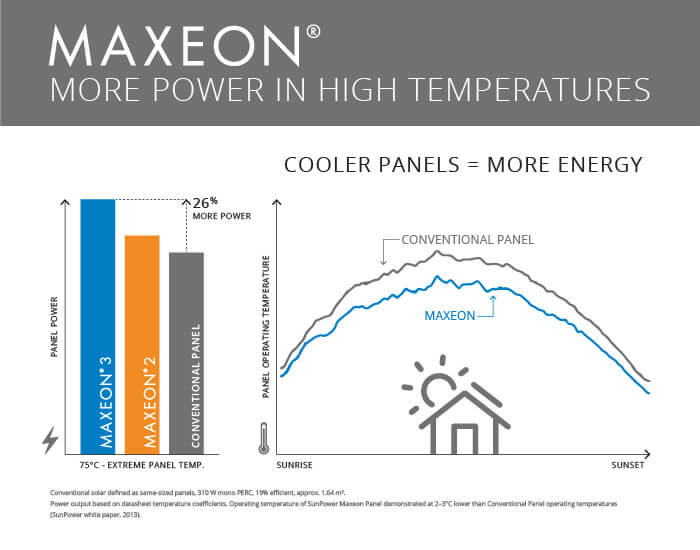 Maxeon panels lead all solar panels in efficiency and produce more power in high temperatures than any other panel you can buy.7 Based on datasheet review of websites of top 20 manufacturers per IHS, as of May, 2019.  Our high efficiency panels convert more of the sun's energy to electricity, and therefore run cooler than conventional panels, further increasing power in the real world. SunPower Maxeon panels not only provide solar industry's highest efficiency but also hold their power as the ambient heat rises better than most conventional solar panels. In fact, a recent independent test site in Taiwan measured SunPower panels at 8.5°C lower temperature than the average conventional panel.8 PV Insights 2019.  This unmatched combination of high efficiency and low operating temperature enables SunPower panels to generate more power than any conventional panel, even in extreme temperatures. 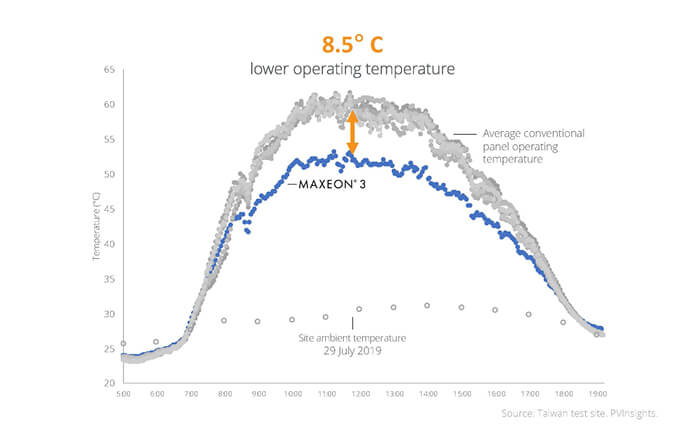 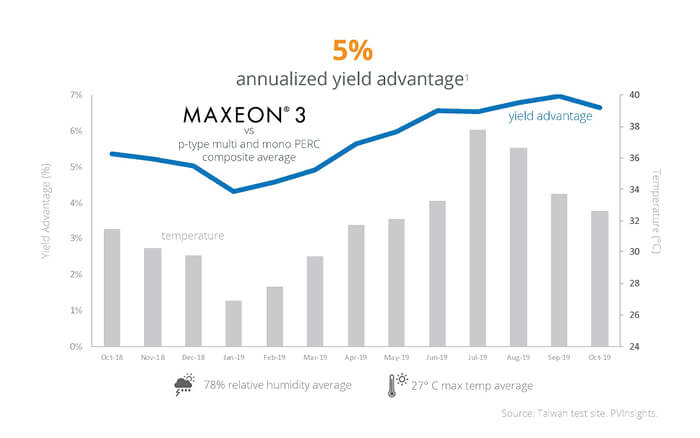 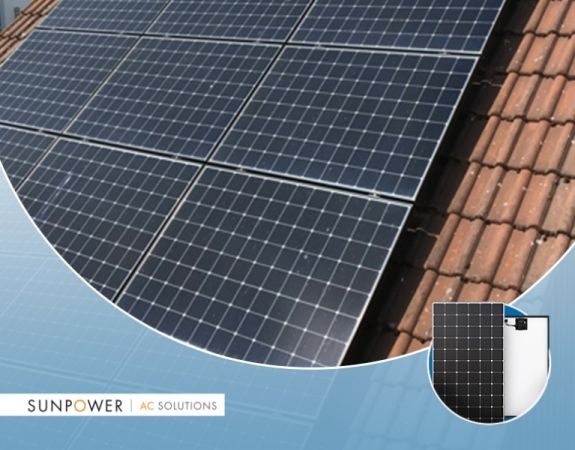 If you’re a homeowner shopping for solar, you’ve probably seen that solar panels are marketed by number of watts of power like 350W or 400W per panel. However, it’s important to understand that some panels will produce more energy even if their power ratings are the same.
Read the story 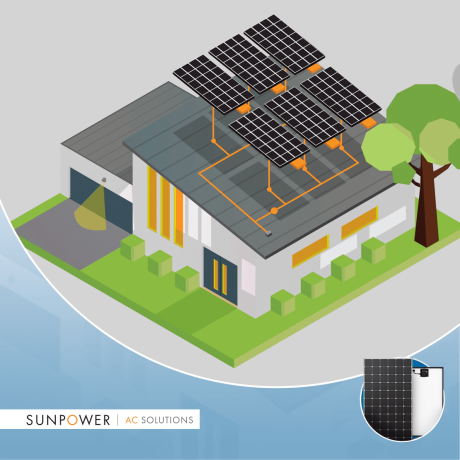 Engineered to Perform: How AC Modules Power through Shade 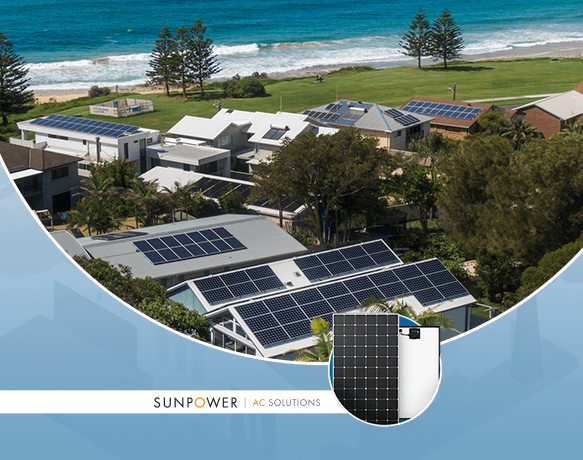 SunPower Maxeon 5 AC Modules Structure: Wake Up Earlier, Go to Bed Later – so You Save More