Why Solar Panels are the Best Bet for Your Budget

There are many ways to create, track and stick to a financial savings budget and save money over time. Cooking meals at home rather than dining at restaurants is a common way to save money. Perhaps you’ve managed spending by limiting your time at stores or shopping online. Many people sign up for rewards programmes or try to buy goods that are used instead of brand new.

Now imagine saving thousands of dollars each year by making one small change. If you’re a homeowner, one of the easiest things you can do to save money each month is also one of the best things you can do for the environment. Making the switch to home solar means saving money and saving the planet, and once you’ve made the transition, your investment pays off for years to come.

According to the time value of money concept, a dollar today is worth more than a dollar tomorrow. If we apply that to solar, that would mean going solar today may be more valuable than going solar a year from now, even if solar panel prices go down.

Here’s why that’s the case.

As soon as your solar system is turned on, you start generating electricity from the sun, which can lower your electricity bill. And while there are a number of factors that can influence your savings, such as location, shade, system size, utility rates, weather and local policies, the overarching principle is the same: The more solar energy your home produces, the less electricity you have to buy from the utility company. So by installing your solar system today, you’re saving money now. Those are savings you wouldn’t see if you were still waiting.

Purchasing a solar system outright is the best way to achieve higher long-term savings. And depending on your system size, energy usage and local utility rates, a solar system may pay for itself in five to 10 years. After breaking even through bill savings, you will enjoy free renewable electricity for the lifetime of your system. And if that system is powered by SunPower panels, it is projected to continue saving you money for up to 35 years.

Protect Yourself from Electric Rate Hikes with Solar

In 2019, rising coal and gas costs pushed Australia electricity prices to record highs, according to the Australian Energy Market Operator. Record-breaking heat causes demand and prices to spike. And prices could have been even higher without solar energy helping to reduce peaks and operational demand, as documented by Renew Economy.

Long-term trends show that electricity prices are rising. SunPower®solar panels have an expected lifespan of 40 years1 SunPower Module 40-Year Useful Life," SunPower white paper. 2013. Useful life is 99 out of 100 panels operating at more than 70% of rated power. , so getting one now means you’ve locked in your electricity costs and could potentially save thousands of dollars over the life of your system.

Buying a solar system typically adds value to your house, often with no corresponding increase in property taxes. According to a popular real estate website, 85% of Aussies said that solar panels boosted property prices. The survey positioned solar as top-of-mind when it came to green living.

Even if you want to rent your home and use it as an investment property, new data shows that the majority of renters - who make up a third of the population - are willing to pay $5 to $10 more per week in order to rent a home with solar.

You won’t regret your decision to go solar when it comes time to rent or sell your property.

It’s 100 times cheaper to install solar panels today than it was in the mid-1970s, and according to GTM Research, utility-scale solar has seen the sharpest declines recently with a 17 percent drop, while residential solar prices have fallen by 8.6 percent.

You may be asking yourself, “If solar prices keep falling, shouldn’t I wait for even lower prices?” You could, but consider this.

If a solar system in your area cost $17,000 today you could save $1,462 by putting off solar for another year, assuming current cost declines continue. However, you will delay the immediate solar energy benefits, known as “opportunity cost.” Let’s say you have a $200 per month energy bill — that’s $2,400 a year in expenses that solar could eliminate (depending on system size and available roof space). Paying $2,400 for electricity this year to save $1,462 next year puts the cost of waiting at almost $1,000. And when you factor in the time value of money concept, along with a potential utility rate hike, waiting makes even less sense.

The financial savings are clear. Not only will solar decrease your monthly electric bill, it will increase your home value and let you start saving money from day one. Your financial budget suddenly seems brighter when you begin to see your savings from your electric bill each month.

Financial benefits aside, you can rest assured knowing you’ve done an incredible thing for the environment. You’ve taken advantage of the capability to generate clean, renewable energy, straight from the sun.

According to the EPA website, an 8.6kW home solar system avoids the equivalent of an estimated 9,606 pounds of carbon dioxide being released into the air each year, doing the work of approximately 50 mature trees. If your entire neighbourhood went solar, it would be like growing a forest.

Install solar now and know that you can feel good about doing your part to help change the way our world is powered. 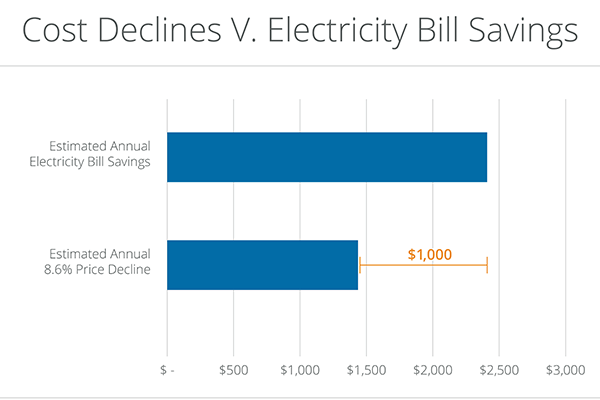 Next Steps: How to Start Saving with Solar

The process of going solar can seem daunting at first. There are many options for types of solar panels and systems, and a quick internet search may yield thousands of results. A good first step is to ensure the components in your system are high quality and are guaranteed to last for many years. SunPower solar panels are the industry’s most efficient and powerful panels on the market today. Plus, the panels are covered by the industry-leading 25-year Complete Confidence Warranty, so we’ll be here in the unlikely case something happens.

Specially-trained solar installers can guide you through the process and make sure you’re getting the best bang for your buck, as well as ensuring savings on your electric bill each month. These experts can be your guide in ensuring that your solar is installed properly, that you’re meeting all code requirements, purchasing the correct number of panels to maximize savings, and also that you’re taking advantage of all potential savings such as local incentives and tax credits available to you.

Get a free quote and go solar today

We'll match you with a local installer partner.
Get started 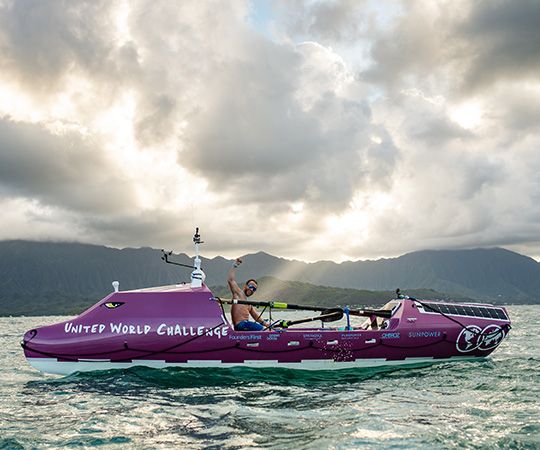 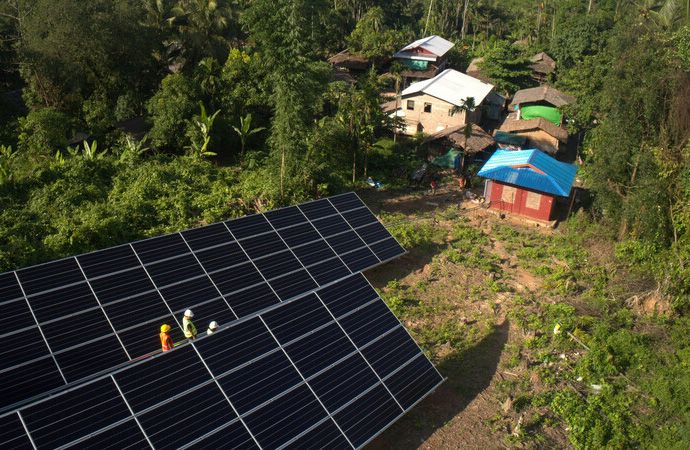 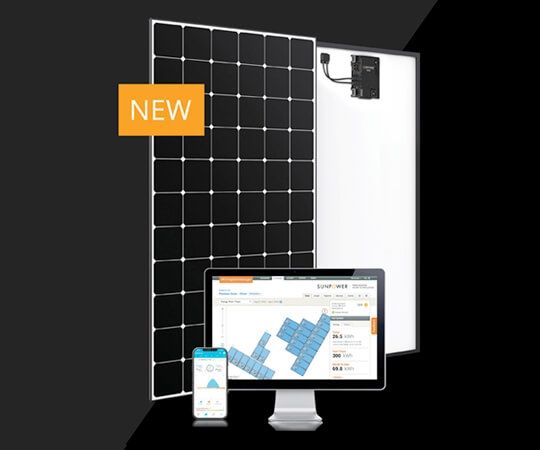