Solar energy could not be a more fitting solution for a city whose motto is “Capturing the Sun.” Find out how SunPower is helping CETYS University maximize the use of solar even in temperatures that frequently reach record highs.
Businesses
Maxeon Panels
Performance Panels
Partners

Solar energy could not be a more fitting solution for a city whose motto is “Capturing the Sun.” Temperatures in Mexicali, Mexico, frequently reach record highs, and the Baja California region’s growing industrial base and population growth are putting increased pressure on energy and water supplies.

Leaders at the CETYS University in Baja California, Mexico, understand the resource issues already being caused by climate change – and have developed a comprehensive sustainability plan for CETYS three campuses in Mexicali, Tijuana and Ensenada.

A private, nonprofit university, CETYS now lays claim to the largest university solar installation in Latin America. At the Mexicali campus, an innovative carport system provides much-needed shade for more than 3,700 students and almost 780 faculty members and staff while producing enough clean energy to power approximately 50 percent of the campus’ electricity needs. In Tijuana, a rooftop system at the campus athletic facility provides 100% of the annual electricity used at the gym, auditorium and sports complex. 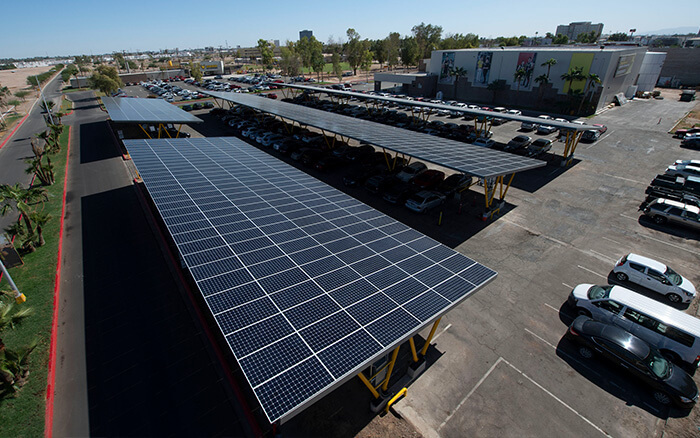 Together, the systems host 3,099 solar panels, and are expected to generate 2,120,401 kWh of energy per year, for a savings of an estimated $7.3 million pesos ($365,000) annually. More importantly, over the next 25 years the systems are expected to offset an estimated 1,500 metric tons of CO2 per year from the earth’s atmosphere, the equivalent emissions from 1.6 million pounds of coal burned.

University officials understand that clean energy is only one part of the picture: An estimated 75 percent of the University’s water is recycled through an innovative system powered principally by solar energy. The school also has a zero-waste initiative and is constantly improving upon energy efficiency efforts to reduce overall energy consumption.

The contribution of solar energy toward reducing the University’s energy needs is only part of the picture at CETYS.

Besides providing energy and generating important cost savings, these projects will have a great impact on the student body, the CETYS community and Mexicali regarding the leadership that CETYS has always shown in cutting-edge areas like sustainability and renewable energy that are relevant now in Mexico and the rest of the world.
Mario Dipp, Dean of CETYS University at the Mexicali campus

“Universities have an opportunity and an obligation to lead on climate change,” he said. “Sustainability is central to who we are as an institution and projects like this reflect our mission of preparing professionals with a clear sense of environmental stewardship.” 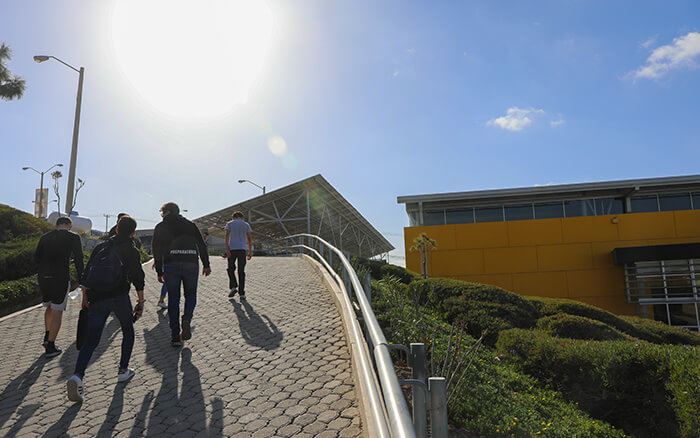 A group of CETYS students follow the sun toward the gymnasium and solar array.

Educating the next generation of leaders on the principles and applications of renewable energy is not an academic exercise at CETYS; it’s a path to their students’ professional futures. Students earning their Bachelor of Science in Renewable Energy use the system as a living lab.

The process of selecting a candidate to install the panels included not just the supplier, but the manufacturer of the panels. The CETYS team considered several factors, including the connection of the installer and supplier to the local community.

“In all of CETYS' projects, whether construction or in this case solar energy, we are very diligent and careful in how we select a supplier,” Mario notes.

CETYS put out an RFP and evaluated six suppliers before deciding that Lux Salvo and SunPower were the right team.  “From the first day we noticed a commitment from Lux Salvo, a delivery and a determination to meet all of CETYS' needs,” Mario explains. “We were also pleased that Lux Salvo is a company founded and managed by graduates of our institution.”

Because of the harsh conditions in Baja California, SunPower was considered an ideal fit. With the highest reliability in the solar industry, SunPower offers a diverse product line that the team carefully evaluated to select the right module for each project. SunPower is also a local employer; in Mexicali, SunPower has been manufacturing solar modules since 2011. 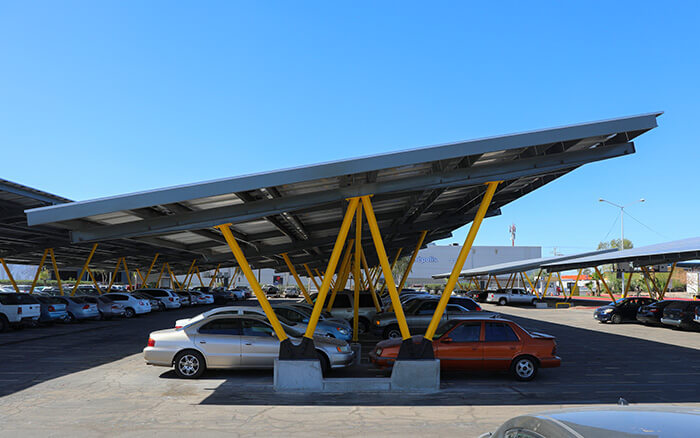 For the two carports at the Mexicali project, the team selected SunPower’s Maxeon panels, which provide the highest efficiency in the industry1 Based on datasheet review of websites of top 20 manufacturers per IHS, as of May 2019. , and SunPower Performance line for maximum value. In Tijuana, where power needs were not as high, Performance panels were able to offset approximately 100% of power.

“We decided that SunPower offered us the best panel,” Mario continues. “It is the panel that has the most production effectiveness with the longest guarantee, and the fact that they are manufacturing the panels here in Mexicali was also important.” 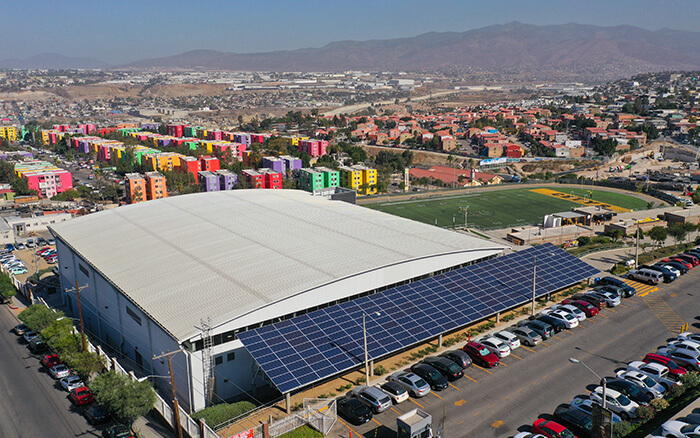 For the Tijuana campus, SunPower Performance panels were selected as a cost-effective way to offset approximately 100% of the building’s needs.

While the threat of climate change can sometimes seem overwhelming, the CETYS Solar Power project and sustainability efforts are an important sign to students that the future is not lost. Often, it is the youngest people who best voice this hope.

The planet gives you everything. People thousands of years ago lived with a respect for nature and that's why they survived, so why not now? Yes, [the threat of climate change] is worrying, but you have to have a little hope and that little spark of saying: 'We can still do something.'
Ana, Renewable Energy Engineering student at CETYS University 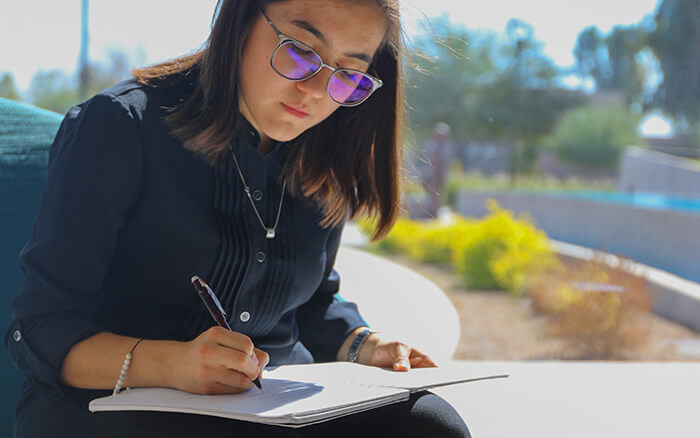 Interested in solar that will stand up to harsh conditions?