Bringing the tastes, culture and values of the Mediterranean to Australia, brothers Ilario and Dino Michelini have transformed their family’s 150-year winemaking tradition for the modern world.
Along with their son and nephew, 29-year-old Kane Michelini, the brothers are investing heavily in sustainable technologies, ensuring the long-term prosperity of Michelini Wines, first envisaged by their father 40 years ago.

Coming from a long history of winemakers in the Trentino region of Northern Italy, Emo Michelini arrived in Australia as part of the post-World War II immigration boom. Like many Italian farmers, he started out tobacco farming in Myrtleford, at the foothills of Victoria’s alps – but wine was in his blood. He fell in love with the region and forged a plan to launch his own family winery, recognising the similarities in climate to his homeland.

Why is sustainability important in winemaking?

Being a cool climate region three-and-a-half hours’ drive from Melbourne, Myrtleford experiences four distinct seasons – very cold winters (the town is a gateway to Victoria’s snowfields), very hot summers (with average temperatures in summer above 30 degrees Celsius), plus distinct autumns and springs in-between.
It’s well-known that cellaring wine out of the elements provides optimum storage, but less understood is how important a role delicate climate control plays in the entire wine production process.

“When the fruit comes in, we’ve got to chill it down as quickly as possible,” Kane explains. “The chillers will work at negative eight degrees Celsius all day, 24 hours a day for three to four months.”

Then the wine enters a fermentation room that sits at 22 degrees Celsius for three months. Plus, there’s other processing equipment and more heating and cooling across the winery’s other work areas and cellar door, an iconic Tuscan villa that welcomes customers in for tastings year-round.
As the third generation to join the family business, thinking sustainably is incredibly important for Kane to continue the legacy of his grandfather.

“My generation is probably the tipping point, where people are a lot more conscious about sustainability,” he suggests.

Making a difference with a solar energy management system

It was outgoing expenses of up to $10,000 in their busiest quarter, plus an increase in incentives for carbon neutral products in the global winemaking industry, that sparked the family to explore switching to solar in 2021.

“It’s definitely a trend we’re seeing in the industry, so we thought we’d just get on the front foot, and it was a no-brainer really once we started doing the figures,” Kane explains.

In early 2021, the Michelini family worked with Cameron Walker of KDec, a SunPower elite partner, to install two 20.75kW solar systems, one in the winery and one at the warehouse down the road. Each included:

2021 was the right time to make the switch for Michelini Wines, partly because they were able to secure a government agriculture energy efficiency grant, which provided a 50% rebate off the initial installation cost.

The family did an assessment about three years prior and found it cost-prohibitive, plus “technology has changed a bit – it wasn’t as efficient as it is now,” Kane reflects.
Less than a year down the track, Michelini Wines’ energy bills have already shrunk dramatically.

He now expects the business will achieve the payback on their investment in just two-and-a-half years for the warehouse, and five years for the winery.
Reaping the benefits this quickly is common for many of the businesses KDec works with, says Cameron Walker.

“SunPower want their products to last decades because that’s part of being green,” Walker explains. “It’s about doing the right thing for customers and the planet.” 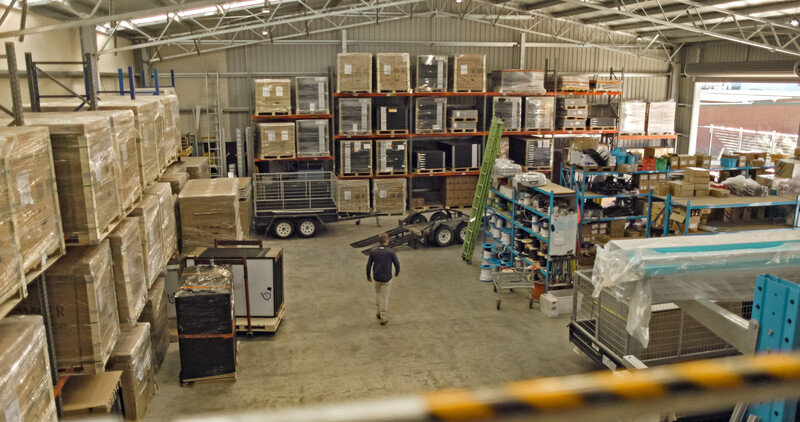 Bringing sustainable Italian wine to Australia and the world

The Michelini family has big ambitions to continue growing their business – and sustainable technology is helping them do just that.
They’re focused on introducing Australia and the rest of the world to Italian varietals. Pinot grigio, prosecco, barbera and sangiovese are just some of their award-winning range. Kane notes that prosecco has recently overtaken champagne as the world’s most popular sparkling wine.

“There are some really good growth opportunities in the next couple of years,” he says.

“Italian families are very big on tradition, so having the ability to carry forward what your grandparents have started off with that you can grow and nurture is very rewarding.”

Are you considering switching to solar energy?